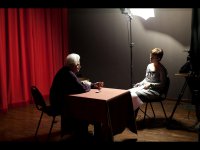 Documenta – Centre for Dealing with the Past is organizing in September 2013, as part of the project Unveiling personal memories on war and detention, a conference with the aim of publicly presenting the multiperspectivity and differences in people's experiences during historical changes in these areas. Different and often diametrically opposite people's experiences, linked to Croatian history, but also to that of the entire region, can be found in this video collection, which consists of more than 450 recordings of personal memories collected with the use of oral history method. We believe this to be a very valuable platform for public disclosure of numerous layers and meanings of different historical events. In our view, this platform could also serve for initiating a deeper and more serious investigation of destinies and sufferings, but also life battles, of people who suffered because they did not possess any political power and were not creators of political upheavals.

Unveiling personal memories on war and detention was partly envisaged as a resource for the interested academic community and partly directed towards initiating social changes and raising public awareness, but can also be used as part of educational programs within history education.

At the final conference on September 26, 2013, our aim is to present publicly different meanings of the collected materials. Presenters who will give talks at the conference are prominent individuals who have advocated for the protection of human rights and have recognized potential contribution of this mosaic of human stories to social awareness-raising, but also individuals who have recognized the value of this collection for educational purposes and possess ideas and knowledge about what models are the most suitable for presenting the materials to elementary, high-school and university students. We will also discuss using the collection for museum purposes, as well as in different art forms.